Waterways Alive is a lively 3 day festival in Rickmansworth celebrating all things boaty. For info on other events over the weekend, click here

FROM LAS VEGAS TO LADBROKE GROVE

Joel Sanders is a UK comedian who regularly toured America, worked with Robin Williams, performed a run of sell-out shows in Vegas and now lives full time on the UK’s waterways.

Now in its 7th year, ‘Angry Boater,’ is the world’s only comedy show about swapping the comforts of suburbia for the chaos of London’s waterways – a lifestyle defined by overcrowding, broken toilets, break-ins, breakdowns, the 14 day rule, lock rage and, worst of all, other boaters.

Twists, turns & big laughs from a comedian who spent a decade performing across the USA …. followed by another decade floating around England.

Whether you’ve ever considered living on a boat or you can’t imagine anything worse, this is a night of comedy just the way you like it …. up the canal. 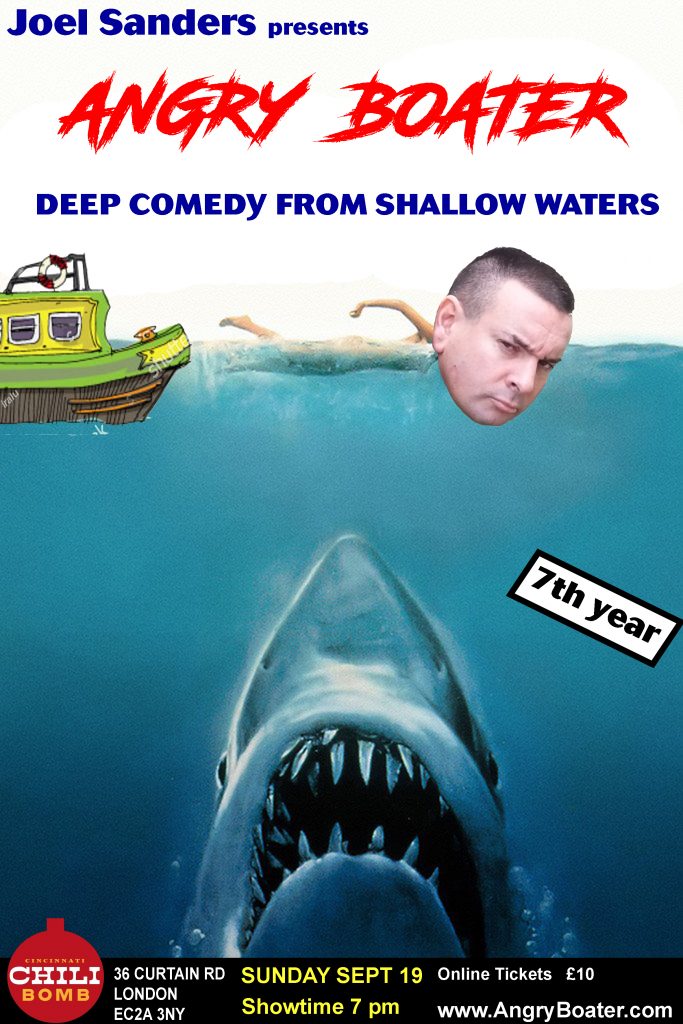 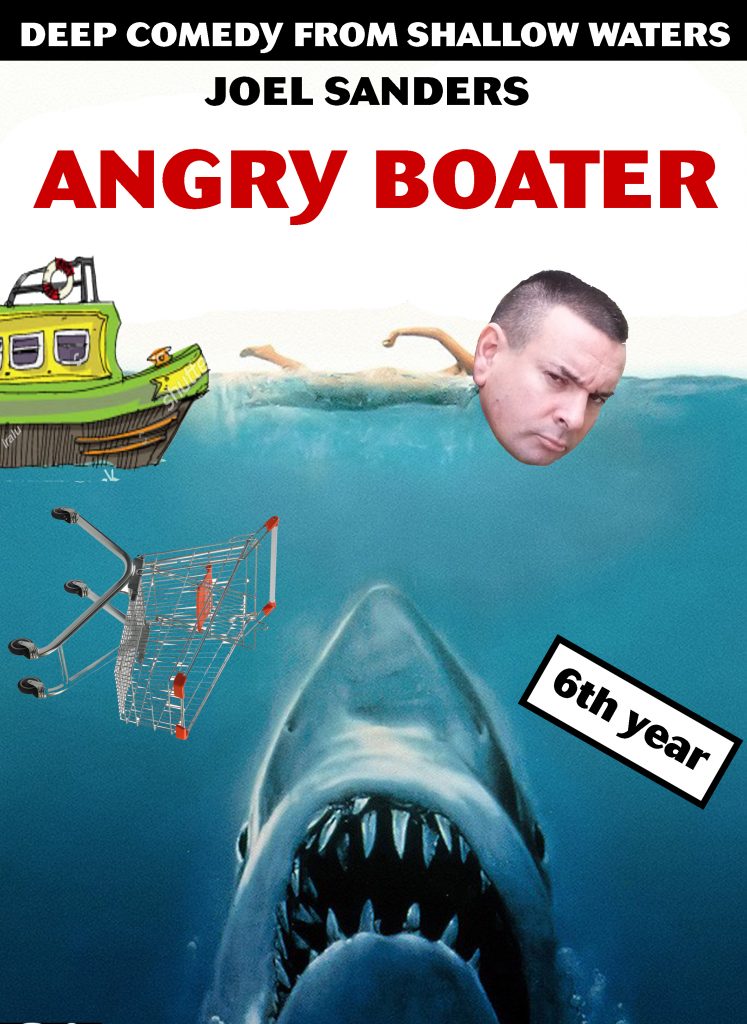